ACLU Takes On Case Of Idaho Teen In Solitary Confinement

The ACLU of Idaho has joined the fight to move an accused teenage killer out of solitary confinement and back into juvenile detention. 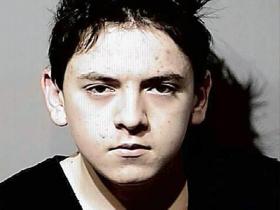 Fifteen-year-old Eldon Samuel III has spent nearly three months locked in a medical holding cell in an adult county jail. He’s charged as an adult with murdering his father and younger brother back in March.

Earlier this month, a judge ordered Samuel moved from juvenile detention to the Kootenai County Jail in Coeur d’Alene. There, he’s housed in a 9-by-12 holding cell off the main jail reception area. He’s segregated not as punishment, but because state and federal rules require that juveniles be separated by sight and sound from adult inmates.

“Borderline inhumane, if not inhumane and torture, to hold a 15-year-old child in a small cell like this in complete isolation from anybody other than his attorneys and religious advisors,” Eppink said.

But the judge in the case says he’s not willing to put other youth at potential risk by housing Samuel in the juvenile facility.