Ramon Quezada sports a sleek, pointy black beard, and is the supervisor at Alford Farms north of Pasco. He loves to whistle while he works. Quezada and a crew of about a dozen are digging soil and cull potatoes out from under massive machinery belts in the middle of a field -- getting ready for the next loads of spuds.

The large belts carry potatoes out of the field trucks over sorting machines that de-sand and sort out the tiny potatoes. Then they’re sent by conveyor belt into a waiting semi truck that will haul the potatoes to the processing factory. These just-dug ranger potatoes are destined to become fries. These workers are on the 3 p.m. to 3 a.m. shift to feed the Simplot plants.

The boss here is Tyrel Gillies. He says this year the heat made for less-dense, sometimes weirdly-shaped potatoes and disappointing yields.

“Ask anyone,” Gillies says. “I mean, I know there is nothing we would have done differently. A lot of guys I know, you did the best you could. And at the end of the day it is what it is.”

Gillies wouldn’t estimate how much tonnage he’s down, but he says it’s significant. Overall, the industry estimates they’re down maybe 10 percent in Washington and Oregon -- that’s really unusual. Most years, potatoes are down or up only about 1 percent. Plus many say potatoes won’t store as well this year -- many have internal problems. 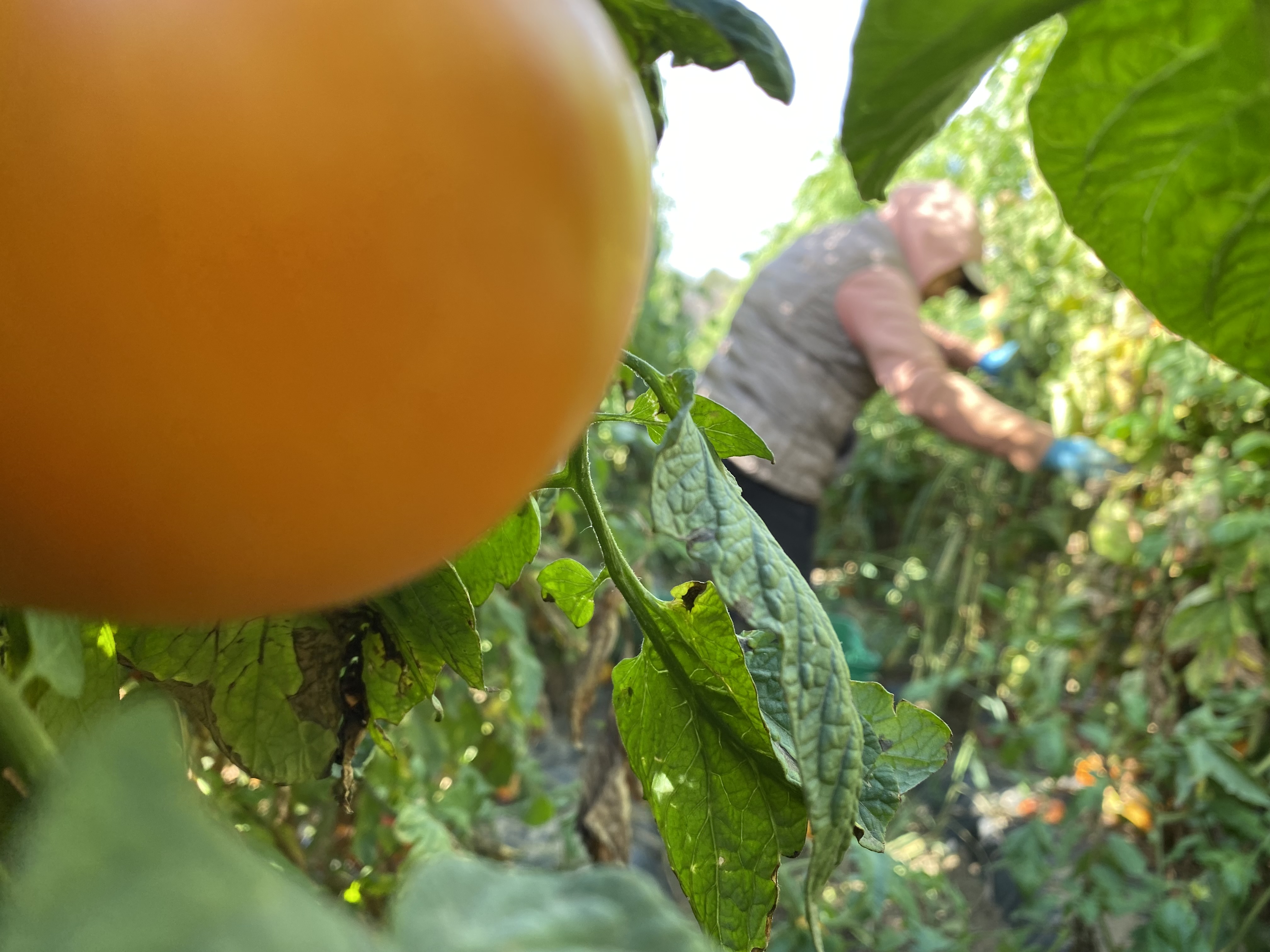 North a hitch just a bit off Taylor Flats Road, two women walk through a jungle of heirloom tomato vines in search of the last few worth marketing. They speak Spanish to each other, low and quiet.

Alan Schreiber says his tomatoes -- which are expensive to grow -- just stopped flowering -- or the flowers withered and died for about a whole month after the intense heat event.

“There should be a blossom or a set of blossoms at each leaf,” Schreiber says. “And you see there is a lot of leaves out here. From about 2 foot to about maybe 3 or 3 ½ foot there just weren’t any blossoms, which means no tomatoes.”

He’s down nearly 30 percent for his tomato crop over last year.

On melons, he got hurt too. The melons looked OK when they were picked and packed, but then they softened too much just days after shipping. Schreiber started to dread inspections from his buyers when his produce arrived.

“I call them ouch reports,” Schreiber says. “But we were getting a number of reports back of fruit that was perfectly fine when it shipped here, and two days later it looked like it was, you know, 21 days old instead of 5 or 6 or 7 days old.” 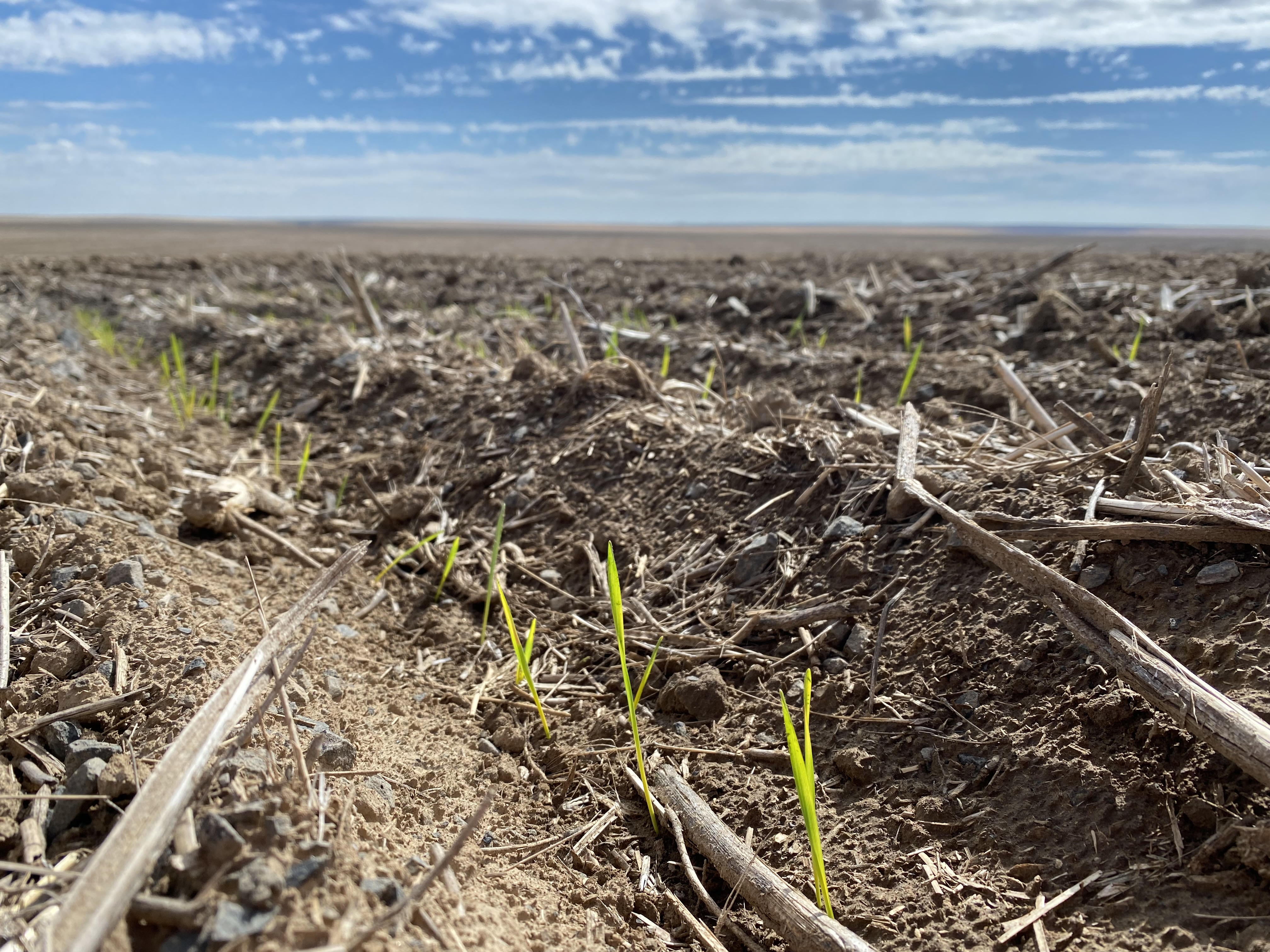 Chris Herron farms about 8,000 acres even further north in Franklin County. This year he’s going to have to dust in his crop -- or lay the seed close to the surface -- there’s little moisture to drill into.

“I’m gonna plant the wheat in the same way, the same method that my granddad did in the 1930,” Herron says. “Just dust it in. The only thing I don’t have to do, I don’t have to feed the horses.”

Herron is talking about the large horse teams his forefathers used to cut or sow wheat -- now he runs modern tractors.

But he’s frustrated. He’s waited until the last moment for enough moisture. He’s only seen it this bad three times -- in the about 40 years he’s grown wheat. But now there’s not enough warm growing days to get the wheat up if he planted deep.

Climate change will likely make it harder to grow many crops here in the Northwest -- as extreme hot weather and drought like this year become more common. But Herron says farmers are natural optimists.

“I won’t have the greatest yield next year,” Herron says. “But I know there will be something there. The earth still rotates, the sun still comes up, they still make clouds and it rains. I’ll be OK.”

He says it just won’t happen as fast as he wants. 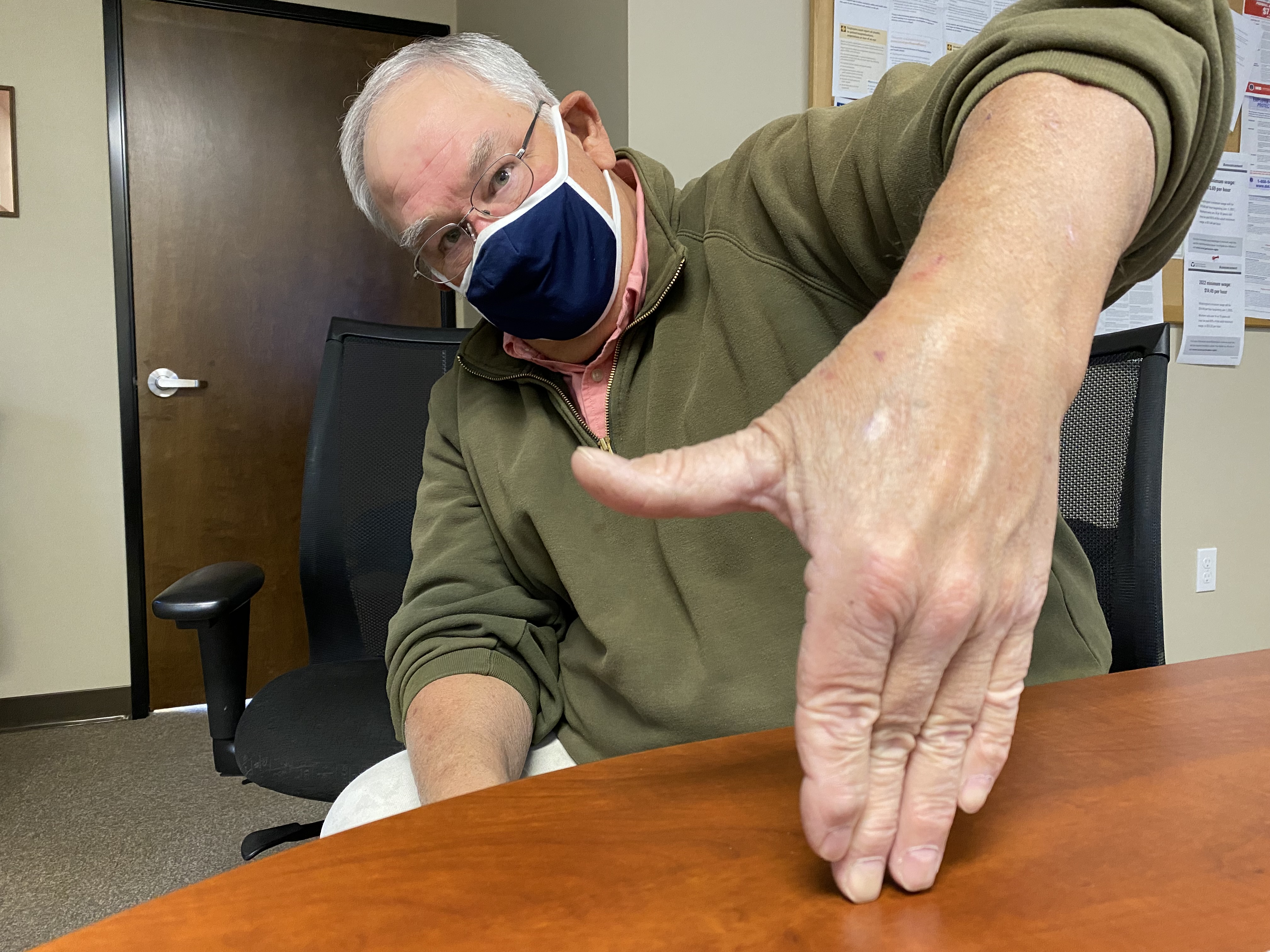