Slim Bounty: Your Thanksgiving meal might be affected by this summer’s heat wave, shipping and sup

More than a dozen heirloom turkeys huddle together in a rusty horse trailer.

They don’t gobble much, but swivel their heads to and fro in sync. A broody flock of chickens observes from a distance.

Greg Newhall, a tall man with tall rubber boots, owns Windy N Ranch in the hills outside of Ellensburg. Today his ranch in the bluffs is enshrouded in a macabre dense fog, as his son and another worker prepare the knives. Steam drifts out the door of the farm’s abattoir.

Newhall says it’s almost like turkeys look for a way to die.

“Hunters will say that they are very smart. That’s not been our experience,” he says with a wry smile. “Turkeys more than any other fowl are just extremely fragile.”

Newhall says he lost nearly 100 young turkeys in this June’s heat dome event. So this year, there are less birds for his customers.

Traditional Thanksgiving favorites might be harder to come by … or cost more. Last year, a lot of people hunkered down at home instead of making a feast. That contrast is reflected in higher than usual year-over-year inflation numbers for food. Add to that pandemic-related supply chain and shipping issues. And the summer’s extreme heat also has reaped a strange harvest. Holiday shoppers may need to be less picky this year. 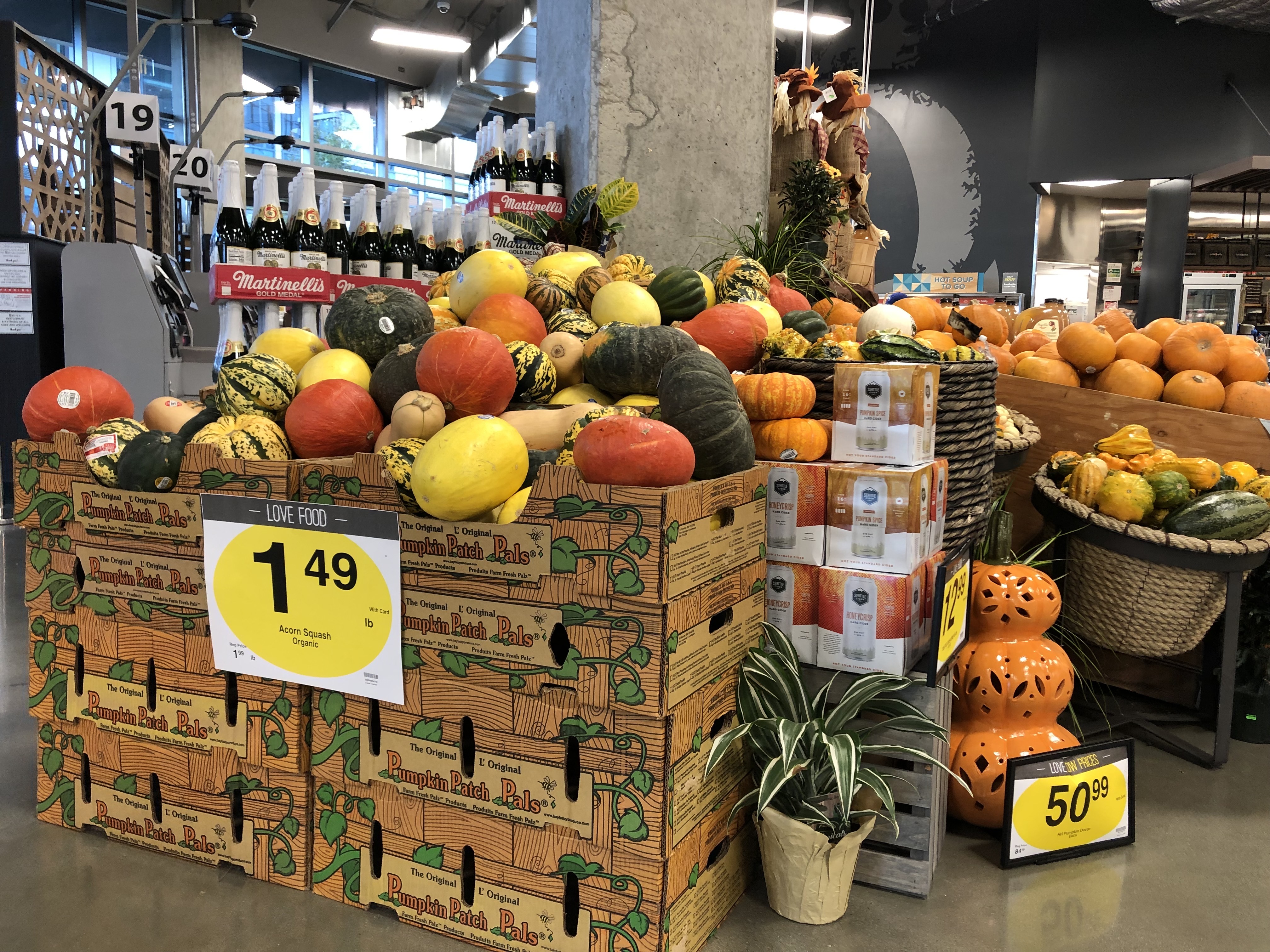 At a QFC grocery store, stacks of boxed stuffing, canned green beans and other Thanksgiving essentials are prominently displayed in different corners of the store.

She says the store has been preparing for the past several months to avoid a repeat of the early days of the pandemic, when people were in a panic and buying more than they needed.

“I think we learned a lot through that as far as what kind of supply to have on hand,” Sanders says. “It helped us to kind of further look down the road.”

But she adds that there might be a few instances where customers will have to try a different brand than their normal choice. For example, take mushrooms. Sanders says one of the store’s fresh mushroom vendors was having an issue.

“What we’ve done is secured other varieties of mushrooms,” she says. “We’ve also secured some dried mushrooms.” She says that gives shoppers options for their favorite stuffing.

Sanders says QFC is working with more shipping ports so if there’s a problem at one port, they can shift to another. 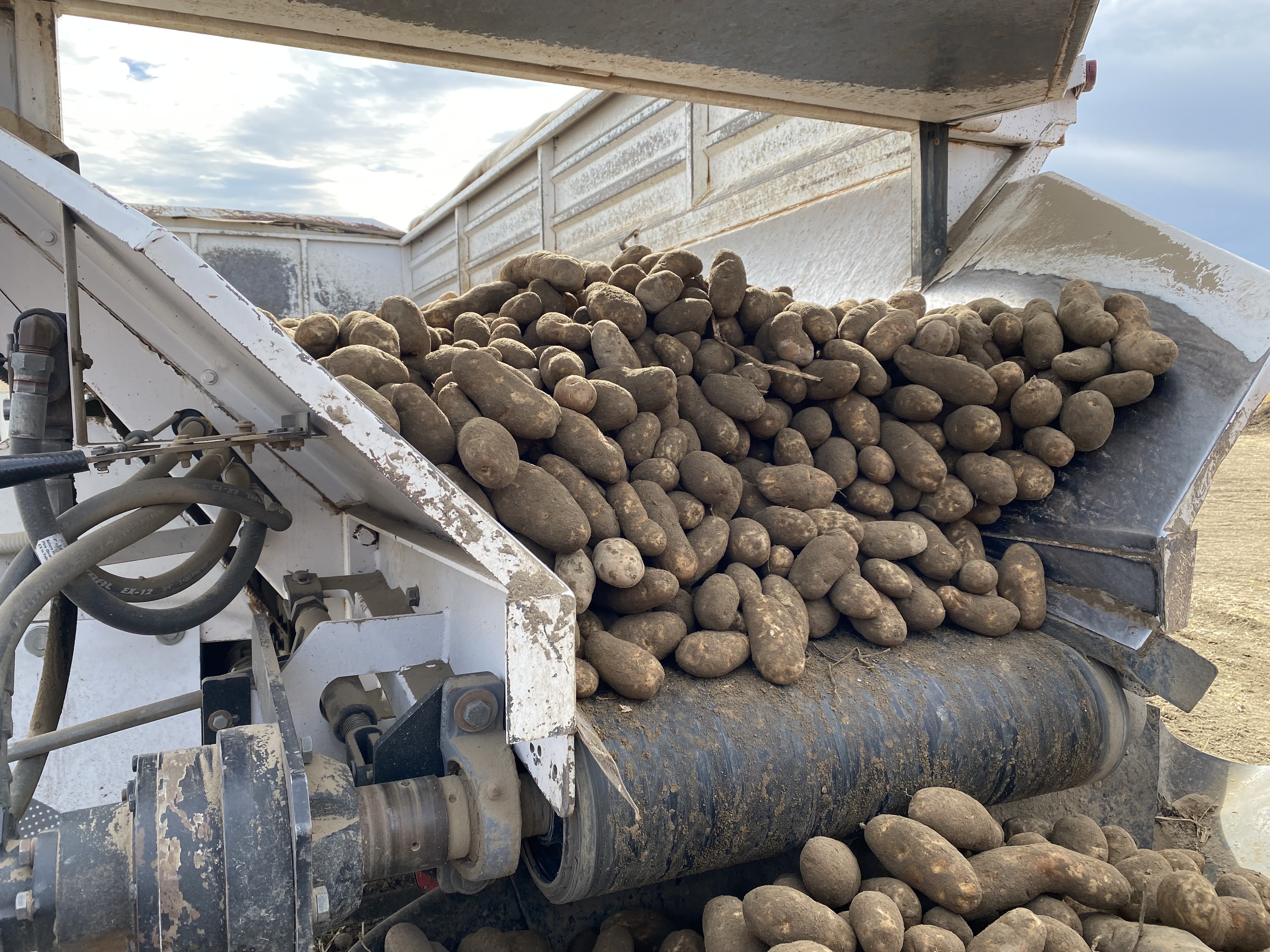 Those could be more expensive this year. Heat took out many potato crops. But the heat also made everything that’s going into storage a bit smaller and less reliable. Some farmers fear their potatoes won’t last through the winter. Chris Voigt leads the Washington State Potato Commission.

“Once you get one bad potato rotting, it kind of spreads within the storage,” Voigt says. “And literally you can rot the entire storage building. These buildings are the size of a football field, stacked 20 feet high with potatoes. So, just imagine the mess of a football sized building with rotted potatoes.”

Voigt says customers can expect to pay 30-40 percent more for big baker potatoes, while smaller potatoes in bags will be about the same as last year.

“Let’s say you’re having a prime rib for your Thanksgiving dinner and you want some real nice baked potatoes to go with that prime rib -- well you’re going to be paying a bit more,” Voigt says.

Whether it’s in stuffing, salad or side dishes, nearly every meal for Thanksgiving uses an onion somewhere. But this year onions could be more expensive. This unusually hot summer yielded smaller crops of some varieties -- like reds and Walla Walla sweets. Other onions grew smaller. And farmers are worried about how onions might hold up over the winter.

“We’ve gotta have those prices to again cover the costs that we’re incurring and the labor shortages,” Walker says. “You know materials are going up. Again, labor’s going up. You know everything is going up which is making it really difficult to compete.” 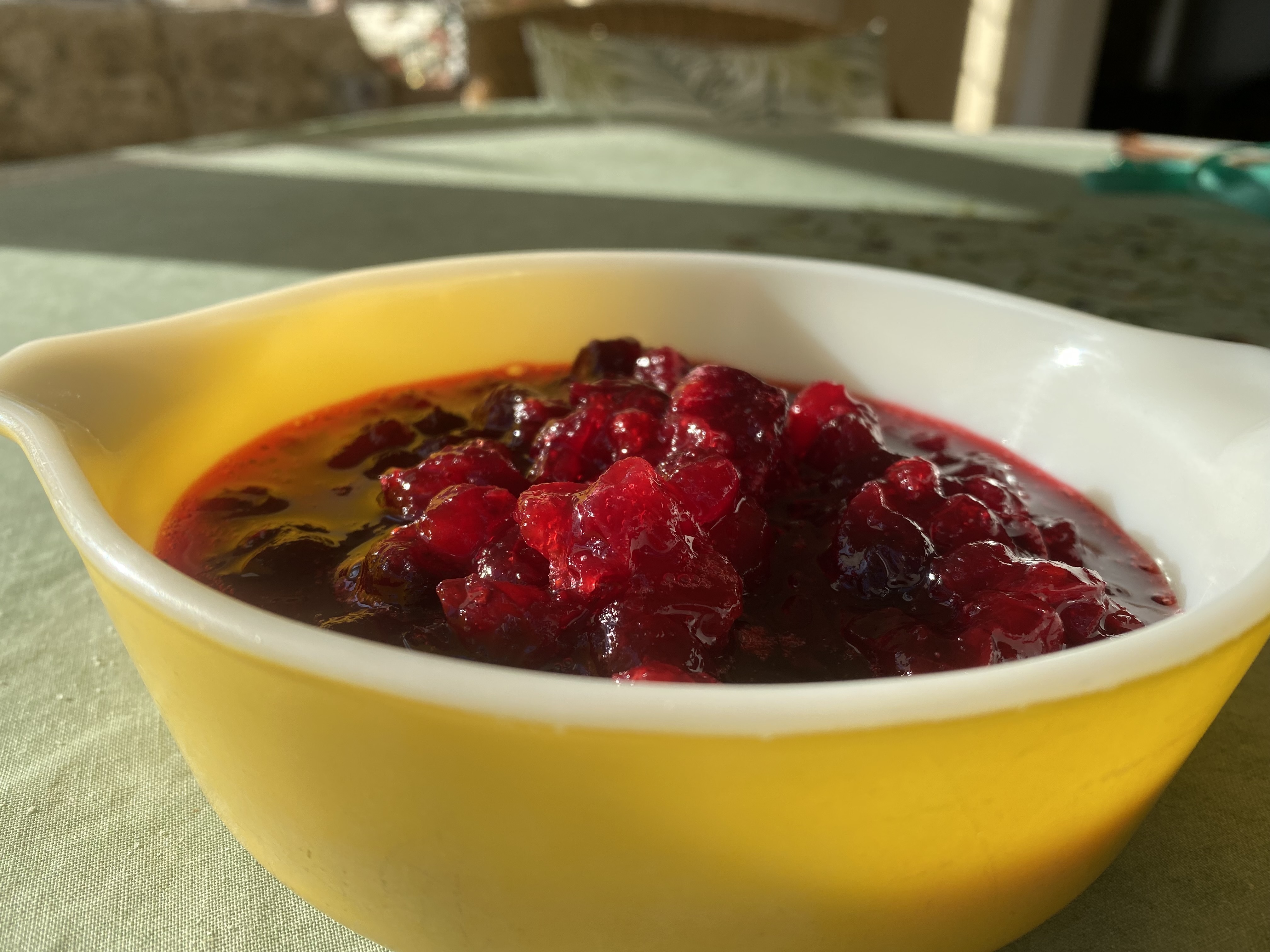 At the Ballard Farmers Market in Seattle, fall is a busy season for Felix Mahr. He owns Bloom Creek Cranberries in Olympia. Most growers flood their fields when they harvest, but Mahr dry picks them with a machine. He harvests what he’ll sell at the market, leaving the rest to stay on the vine longer. “They just keep getting sweeter and sweeter,” he says. “More flavorful.”

“Some people say it’s tart,” Mahr says. “I think it’s got more tannins in it, you know, like oaky flavors.”

But the heat wave whacked the size of Mahr’s Willapas.

“There seems to be enough fruit, but there were patches in our bog. There were vines that were scorched,” he says.

Cheers to your Thanksgiving

Like cranberries, grapes did better than many other items on your Thanksgiving table. So another bright spot this season is Northwest wine.

This past year's heatwaves, Covid-related shipping delays and inflation may affect future vintages. But because it takes time to produce any bottle of wine, Washington and Oregon vintages from a few years ago are ready for your glass.

Northwest wine experts recommend buying your wine as soon as possible, though, to let it rest. A condition called bottle shock can make your pour taste a bit funky. But if the wine has a bit of time to settle down after being moved around, it will surely complement the meal.