Our signal in Bonners Ferry and Omak is seriously impaired due to weather— Learn more here.
Spokane Public Radio
Moving to a Sound Future
SPR Fire Station No. 3 by Don HamiltonSpokane Public Radio rehabilitated a historic Spokane treasure, Fire Station No. 3 on North Monroe and Sharp. This community hub has state-of-the-art performing and recording studios. We are in the process of growing the news, arts coverage, and local programing you depend on. Thank you for your gifts to the Moving to a Sound Future project!

When is SPR Moving to Fire Station No. 3? Watch for Updates All Fall

It’s a daunting task—packing up years of stuff and carting things to a new home. After 35 years SPR has a lot to move.  As construction on SPR’s studios at Fire Station No. 3 wraps up, the staff is packing in earnest.

The biggest concern is the logistics of moving Spokane Public Radio’s services without turning them off for the move. Chief Engineer Jerry Olson is in charge of keeping all three stations alive during the process. It’s an intricate dance.

“First we need the main audio backbone in place,” Jerry says. “The control boards and connections to the central tech room have to be ready before we move any input devices—the microphones, CD players and turntables. The other crucial piece is establishing new radio connections between the studios and the transmitter sites. It’s not quite as simple as plugging in and flipping a switch.”

General Manager Cary Boyce moved a station twice before—once out of a permanent space to a temporary facility, then back in. “Things always look great on paper—but with any complicated project, obstacles come up,” he says. "Some you see coming, others you don’t expect. But it gets done, and SPR is almost home.”

“We are in the cleanup phase of the Moving to a Sound Future capital campaign,” Cary adds. “Now it’s a matter of cash flow—staying afloat while we move the stations and receivable pledges come in. We can’t slow down the move for a pledge drive, so we’re moving the on-air drive to November. We’re ramping up a ‘Warp Drive’ October 19-30 to keep our operations going even as we move. And we’ve really sweetened the prize drawings to encourage listeners to pledge support at the usual time.”

NPR itself moved to new headquarters in 2013 and wrote about the experience. Even with all-new equipment, the process was not easy. In the reports, all of the engineers said, “I want those four months of my life back!”

SPR is working to minimize any downtime in service as the move progresses. This means SPR will juggle resources and feeds between locations until the move is entirely complete. The backup generator was moved to the Fire Station, so fingers are crossed that the power stays on at the Hoban Building. A new satellite dish on the roof of the Fire Station can access national and international feeds, and the two buildings are temporarily linked by a special computer network connection. For a time the broadcast signal will come from one or the other facilities depending on the station (KPBX, KSFC, KPBZ) or the program feed (NPR Satellite or local) as necessary.

SPR will move in several stages over the next three months or so—non-essential recordings, administration offices, then most likely one studio at a time. KPBX may be the first to make the leap, since KPBZ and KSFC are technically entwined on the signal’s journey to the tower at Lookout Mountain.

We’ll keep the transition as smooth as possible, but chances are that listeners will hear some klunks. Some overnight hours will go silent as new equipment is installed and tested.  “Stutters” may break up the audio as we switch from one feed to another. Whatever happens, SPR staff will do their best to minimize any interruptions in service. The final result, however, will be a more stable and secure service for decades to come.

By January 2016 (Happy New Year!), the entire SPR operation will be contained in the historic Fire Station No. 3 at 1229 N. Monroe Ave. Visit SpokanePublicRadio.org for photos and updates on the moving progress. Details about the 36th Anniversary and Grand Opening in January 2016 will be coming soon!

Finally, Cary adds, “It’s going to be a very special Cyberdrive in October. And during the on-air drive in November, we’ll have an ongoing Open House! Tours, refreshments, live broadcasts, and more. Come and see for yourself how this move is going to expand our service!” 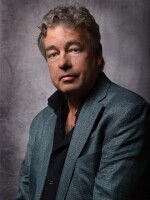