Our signal in Bonners Ferry and Omak is seriously impaired due to weather— Learn more here.
Programming

Concerts of the Week: March

March 9, 2015
Spokane Jazz Orchestra: Hollywood Jazz, with guest vocalist Kristina Ploeger
The West Coast beckons us for our spring concert with the great jazz hits from Hollywood, featuring one of Spokane’s favorite singers, Kristina Ploeger. Look forward to pieces such as On Green Dolphin Street, Mahania Carnival, the Pink Panther Theme, and selections from Duke Ellington’s original score to An Anatomy of a Murder. 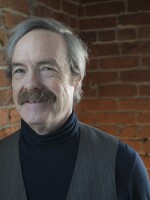 Verne Windham
Verne Windham got his start at Spokane Public Radio 20 years ago. “I came in to complain and they hired me.” He’s now the Program Director, as well as the host of Morning Classical and Concert of the Week. When choosing music for Morning Classical, Verne likes to keep the agenda as broadly defined as possible. For Concert of the Week, he focuses on the best of recent local performances, mostly classical in nature. For many years, Verne was also the conductor of the Spokane Youth Orchestra. He enjoys gardening, his vintage car and playing French horn.
See stories by Verne Windham