Towns in central and northeast Washington are under flood watches as rivers swell from rapid snowmelt in the mountains.

In the small Washington border town of Oroville, the Okanogan River is above flood stage and the river is expected to begin flooding south as the week progresses.

Just south of the nearby town of Tonasket, pallets of sandbags were positioned along US 97. The bulging river not only threatens the roadway but a set of train tracks as well.

Trees along the riverbank are underwater.

The Colville Tribes issued a public safety notice warning residents not to swim in the Okanogan River because of "snakes, trees, yard debris, abandoned vehicles, and garbage" in the fast-moving water.

Flooding is also affecting towns in Pend Oreille and Ferry Counties in northeast Washington. According to Washington state's  Emergency Management Division, some drinking water supplies have been contaminated with floodwaters and septic systems have failed.

In Chelan County, emergency crews are trying to stabilize the century-old Eightmile Lake Dam in the Alpine Lakes Wilderness Area, where high waters have caused damage to the earthen structure. Residents downriver, including in the city of Leavenworth, have been warned to expect flooding if the dam fails.

On Friday, Washington Governor Jay Inslee declared a state of emergency in Okanogan, Chelan, Pend Oreille, Ferry, and 16 other central and eastern Washington counties due to the flooding.

The weather forecast on the US-Canada border this week calls for daytime temperatures from the high 70s to the low 90s, and that is expected to keep melting the snowpack and swelling rivers.

Anna King and Christy George contributed to this story.

Emily Schwing
Emily Schwing comes to the Inland Northwest by way of Alaska, where she covered social and environmental issues with an Arctic spin as well as natural resource development, wildlife management and Alaska Native issues for nearly a decade. Her work has been heard on National Public Radio’s programs like “Morning Edition” and “All things Considered.” She has also filed for Public Radio International’s “The World,” American Public Media’s “Marketplace,” and various programs produced by the BBC and the CBC. She has also filed stories for Scientific American, Al Jazeera America and Arctic Deeply. 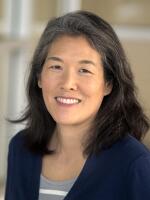