In a story published recently on Wired.com, writer Jacqueline LeKachman adresses a problem many of us face today. The story’s headline: “How to Stay Informed Without Getting Paralyzed by Bad News.”

LeKachman’s thesis is that we are all caught in a bind. We want to be aware of what is going on in the world and yet, for our own emotional well-being, we need to find ways to avoid what she calls “bad-news paralysis.”

To successfully navigate the “tenuous … line between reckoning with terrible realities” and feeling overcome by hopelessness, LeKachman writes, she suggests such behavioral tools as setting and sticking to boundaries, seeking support from friends and otherwise “investing in commitments and relationships.”

All of which, of course, is good advice. But I would add to the list one activity that has served me well over the years: Find a good movie to watch.

I know, I know, that sounds fatuous. Even insensitive. But hear me out: I’m not saying ignore the news, as bad as it can be – and usually is. I’m not saying to ignore your community responsibilities, whatever you feel they may be. What I am saying is that there’s room for both: Working for an ideal – social justice for all is a good one – and, when done, finding a means of escape.

Which fits right in with the theme of the movie “The Duke.” Directed by Roger Michell, who died three weeks after the film’s 2021 U.S. premiere, “The Duke” tells the real-life story of Kempton Bunton – a 57-year-old retired bus driver who confessed to an infamous 1961 art theft. His alleged crime: He sneaked into London’s National Gallery and purloined Francisco Goya’s Portrait of the Duke of Wellington.

In Michell’s film, 73-year-old Jim Broadbent plays Bunton, while 76-year-old Helen Mirren plays his wife Dorothy. Other than fudging on the ages, though, and a few other incidentals, the movie stays closer to the truth than many such ripped-from-the-headlines adaptations (the movie’s Bunton, for example, is fired from jobs as a cab driver and as a baker’s assistant).

When we first meet him, Bunton is shown in court, pleading not guilty to the art theft. But then we are transported back six months, when we learn not only that he is a budding (unpublished) playwright, that he and wife Dorothy are mourning the loss of their daughter (killed at age 18 in a bicycle accident), but that he has long protested Britain’s requirement that citizens pay a license fee to watch television.

Regarding the license fee, Bunton has even served time in prison for refusing to pay. And he is outraged when he discovers that the British government is going to pay £140,000 (equivalent at the time to $390,000) to keep the Goya painting in Britain while refusing to waive the license fee for retirees.

Michell shows us the theft, carefully obscuring – for reasons that will become clear – the identity of the thief. Then we witness Bunton’s attempts, along with his and Dorothy’s son Jackie (played by Fionn Whithead) trying to figure out what to do with the painting while keeping it hidden from Mum.

Eventually, Bunton decides to return the portrait, is arrested and soon we are back where the film began, with him in court – proclaiming himself not guilty as his barrister (played by Matthew Goode) tries to figure out a defense.

Three things make “The Duke” special. First, there’s the casting of Broadbent and Mirren. Past Oscar winners, both are skilled at making the most of characters that might otherwise seem trite. Mirren, too, proves there is no such thing as a small role, while Broadbent shines as the film’s lead.

Second, there’s Michell’s direction. Perhaps best known for having directed the 1999 Hugh Grant-Julia Roberts romantic comedy “Notting Hill,” Michell is, or was, an expert at imbuing a serious story with a lighthearted tone.

And, finally, there’s the issue that Bunton himself fought, and served time, for: pursuing his idea of justice. “The Duke,” then, can be seen as another useful implement in writer LeKachman’s emotional toolbox: how to present bad news – thieves in the National Gallery! – in the most positive way. 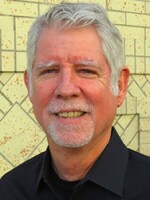 Dan Webster
Dan Webster is a Blogger for Spokane7.com, who got seriously into movies back in his UC San Diego days. He is married to Movies 101 co-host Mary Pat Treuthart.
See stories by Dan Webster